Is this the start of something?

Is Earth at Risk?

Almost every week there is news of a new, undiscovered asteroid flying past Earth.

How long until one comes too close?

If a meteor struck Earth, how would it be portrayed in the media?

Would the government invoke the Bliss Protocol like in the book ASTEROIDS to keep the public calm and ignorant? 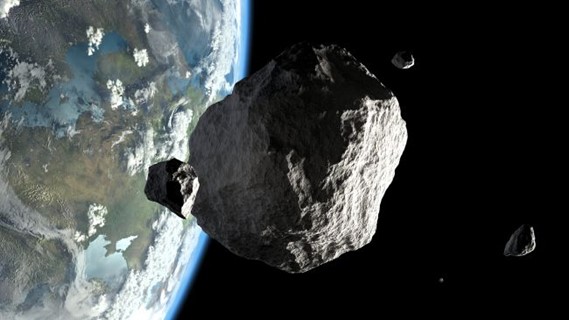 Three asteroids are expected to hurtle past Earth today (Sept. 9). One will pass as near as 310,000 miles (500,000 kilometers) — closer than any potential asteroid near-miss for the next three months.

Space rocks such as these, known as near-Earth objects (NEOS), are nudged by the gravity of neighboring planets into orbital paths that carry them fairly close to our cosmic address. But “close” in space is a relative term: At the closest point in their passage, all three of today’s asteroid visitors will be farther from Earth than the moon is, according to CNEOS.

Another asteroid — 2006 QV89 — was previously thought to potentially follow a trajectory that could slam into Earth, with a 1-in-7,299 chance of an impact on Sept. 9. But experts announced in July that the asteroid did not appear in the area of the sky where it would have shown up if it were on a collision course with our planet, representatives with the European Southern Observatory (ESO) said in a statement.

CNEOS representatives confirmed on Aug. 15 that QV89 was no threat to Earth, and that the asteroid would instead rocket past our planet on Sept. 27 “at a comfortable distance of 4.3 million miles (6.9 million km), about 18 times the distance of the Moon.”