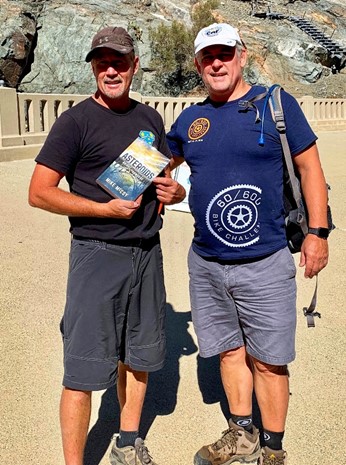 Last weekend I hiked up to the Bridge to Nowhere. It’s not a fictional bridge created for my book. It’s a real place! The Bridge to Nowhere was built in 1936 and spans the East Fork of the San Gabriel River. It was meant to be part of a road connecting the San Gabriel Valley with the town of Wrightwood. The road was under construction when it was washed out during the great flood of March 1st, 1938. The road project was abandoned due to the floods leaving the completed bridge stranded in the middle of nowhere.

Once you reach the bridge you might be surprised to find a very active Bungee Jumping operation. This was my third time visiting the bridge but the first time meeting the current owner of the bridge and surrounding area, Dr. Ron Jones.

Ron has operated Bungee America since 1989 which is the only government certified bungee jumping company in California and counts more than 162,000 successful jumps.

I brought a copy of ASTEROIDS – Bridge to Nowhere with me on the hike to take some photos. When I met Ron and learned that he owns the bridge, I joked that I might owe him royalties for using an image of the bridge on the book cover.

He responded that if I gave him a copy of the book, he would call it even! I was happy to give him the copy I’d brought on the hike.

Ron also confirmed there are several old gold mines in the canyon, just as I described in the book, but I doubt any have been converted into something quite like Munday’s Hide-a-way!

If you’d like to schedule a bungee jump visit www.BungeeAmerica.com 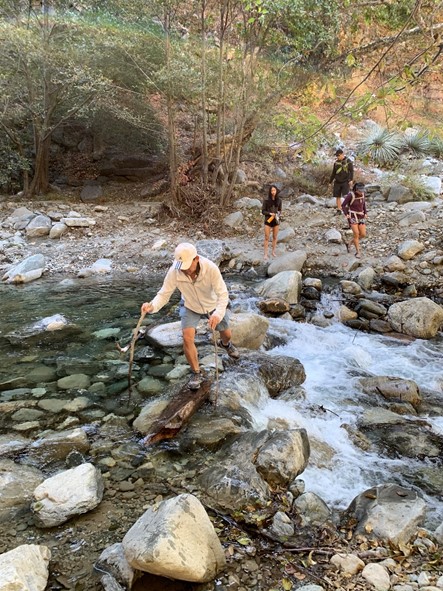 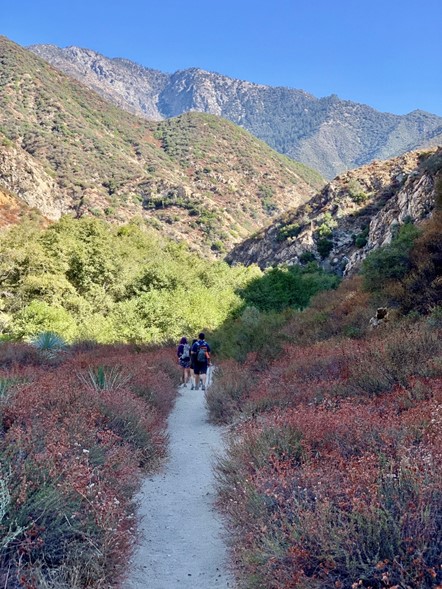